Between fixing reels, repairing rods, and building rods, I have been hitting the local lakes chasing big smallmouth. It has been pretty good and we are catching a few better grade fish on each outing. The topwater bite should be coming on here pretty quick…..fun times!

Dad Bendo on a nice one: 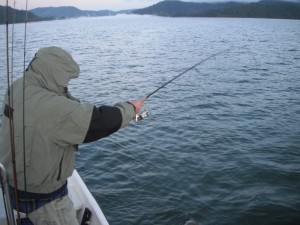 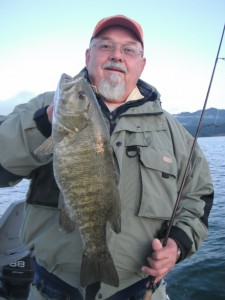 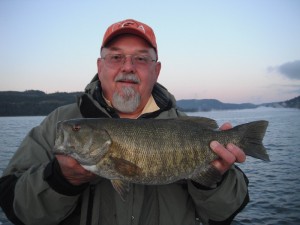 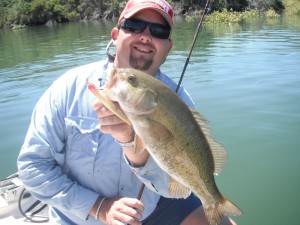 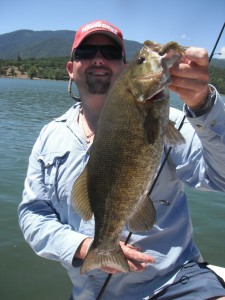 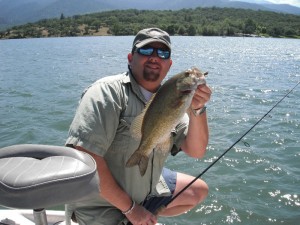 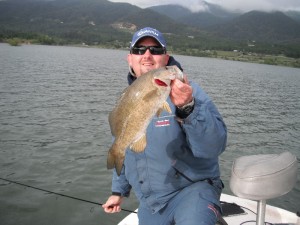 Had the pleasure of taking my neighbor Sean Dega out to show him the ropes of bass fishing. Needless to say, he was very happy and connected with the his largest smallmouths to date.
Sean Bendo on a nice Smallie!: 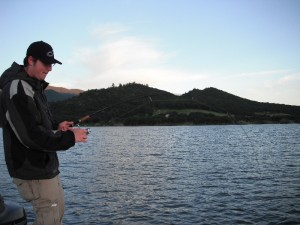 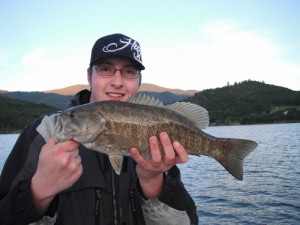 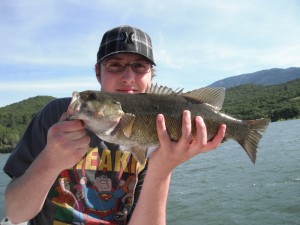 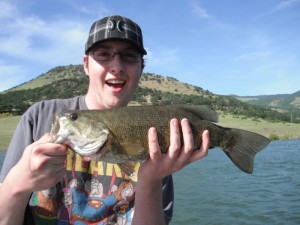 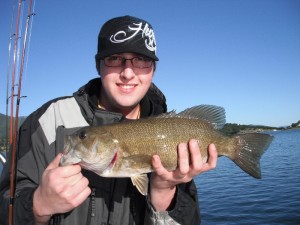 I had a customer bring me two Abu Garcia reels for service and repair. One of which had a story behind it. While fishing in the Rogue River, he caught an Abu Garcia 6500 C-3 reel that was at the bottom of the river. He gave me both reels with this story and told me to see what, if anything, I could do with the one he brought up from the bottom of the river. I looked at the reel, did a few quick troubleshooting things to determine if the reel was a total loss or not. Other than the obvious “river rash” it had from bouncing along the river bottom, I told him I thought I could get this thing to fishable condition again. Some thorough cleaning, a couple of replaced bearings and drags, and she is ready to fish!! 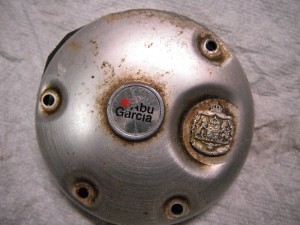 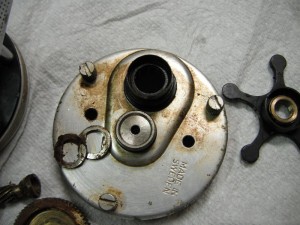 Lots of river debris inside reel: 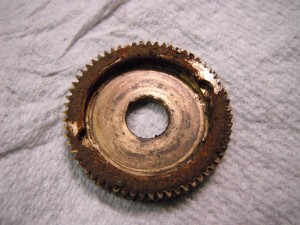 Dirt and river debris inside reel: 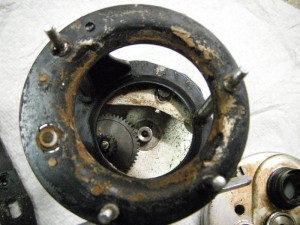 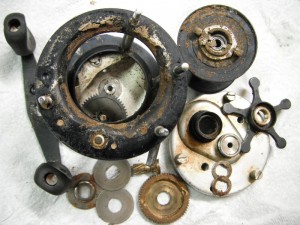 The inside of the spool was full of debris. The two spool bearings were siezed and needed replacing: 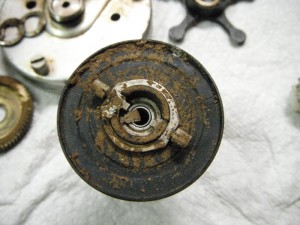 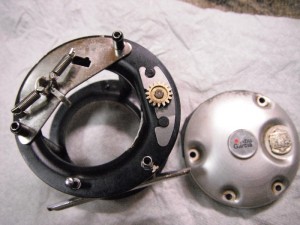 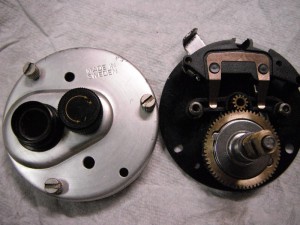 The customer is very pleased that he will now have a backup reel to take with him, a gift from the Rogue River!

Had the pleasure of rebuilding a couple of older Shimano Calcutta for a customer. They belong to a guide here on the Rogue River who uses these for salmon fishing, so these reels have seen their fair share of hard use and abuse. A little TLC and some new parts, and they are good as new! They may show their age on the outside, but inside, they are 100% ready for battle! 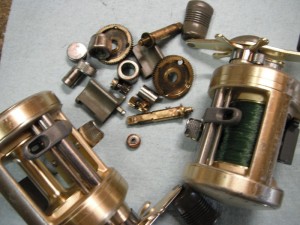