Another custom done and on its way to the coast to the happy owner. This rod will be put into action upon its arrival, and will see lots of it. 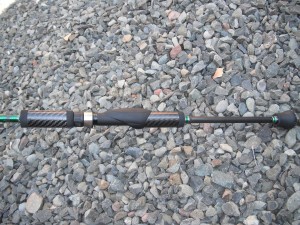 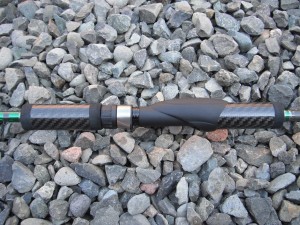 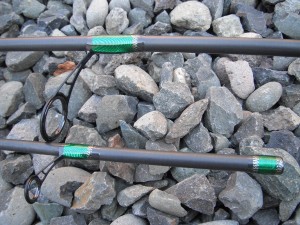 Custom delivered to Jon Geyer of Jon Geyer’s Guide Service, and within a day of its delivery, has already been responsible for bringing several summer steelhead to the net. This rod will see an unbelievable amount of use being in his boat. 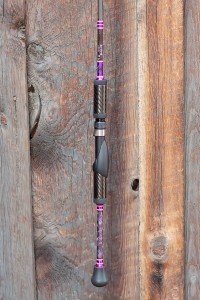 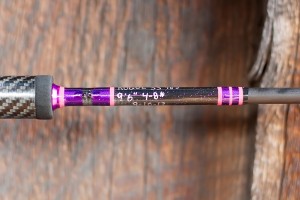 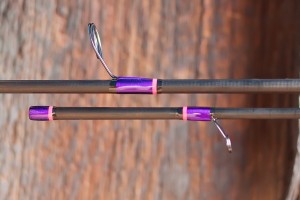 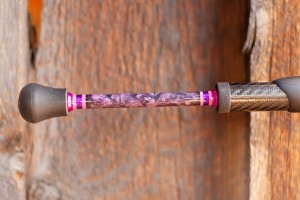 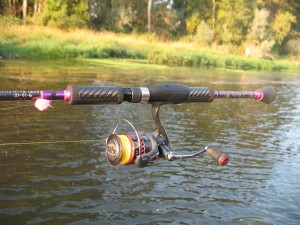 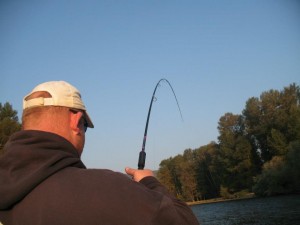 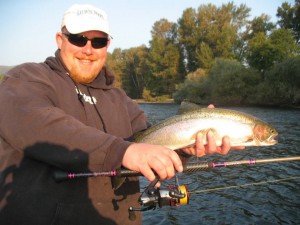 Tight Lines and Screaming Drags to ALL!!

Refurbished an old Fenwick glass salmon rod for a customer. I Removed the old worn out wire framed guides and replaced with new American Tackle Ring Lock Guides. The Stunning neon green with neon orange trim is a real eye catcher too. A hook keeper was also added by customers request as the rod did not have one. 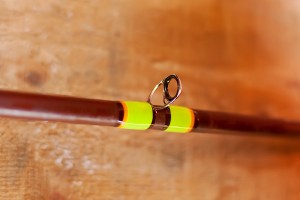 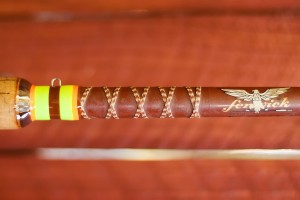 This rod is ready to be put back into service….it is going to be a fantastic Kwikfish rod 🙂

Another complete custom salmon rod headed to a happy customer. 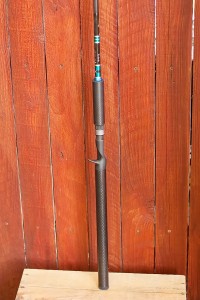 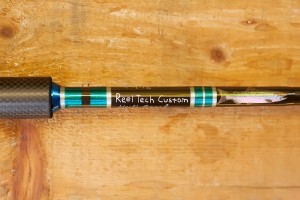 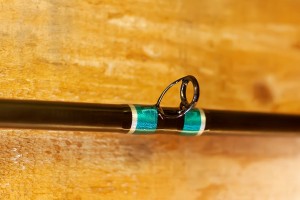 Reel Tech Custom Salmon Rod ready for delivery! This one came out great, and the gal who gets it is going to love it 🙂 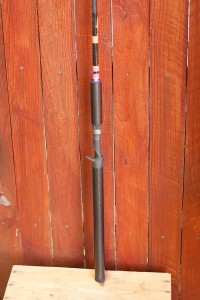 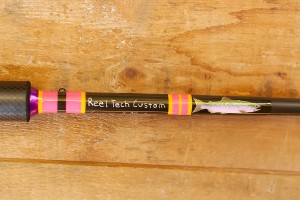 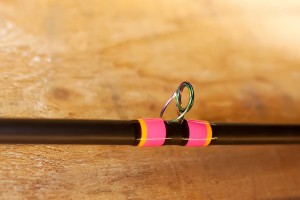 I know this rod will be put to good use, and not only a great fish catcher, but an eye catcher as well!!

An improperly working bail system on a spinning reel can make for a frustrating day and sometimes take the reel out of commission until repaired. A few things to keep in mind concerning spinning reel bail systems. A great rule to follow and to put into practice is to always close the bail with your hand. Yes, the bail will close if you turn the handle, but developing the habit of closing the bail with your hand will prolong the life of the bail, reduce wear, and puts less stress on the whole system. There are other parts involved such as the friction ring, the bail trip lever, and the ramp that trips the lever which all play a part when turning the handle to close the bail. Another great habit to get into is to make sure the line is seated in the line roller after your cast and you close the bail. This can completed in the same process. Close the bail with your hand, pull the line into the line roller, and begin your retrieve. This will eliminate the chance of the line not being seated in the line roller, the line opening the bail when you set the hook, and causing unnecessary damage to the bail system. Once you develop this habit, it becomes second nature and you don’t even have to think about it.

I have seen many people who like to make a hard cast with a spinning reel and close the bail while the lure/offering is in mid flight to stop the cast. This is not a good idea as this puts undue stress and shock on the bail system. If you wish to control the distance of a cast or stop the cast altogether, a better practice is to put a finger on the lip of the spool to feather the line/slow/stop the line coming off the spool. Once the lure/offering hits the water, close the bail with your hand and begin your retrieve.

Be mindful of the bail wire and bail arm. This is an easily damaged and relatively fragile part of a spinning reel. An impact to the wire itself (stepped on or dropped) can deform the shape of the wire and cause it to be ineffective. An impact can also damage/break the bail arm/spring connection, cause mis alignment, and can render it useless as well. 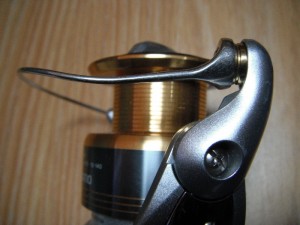 By practicing and applying the above techniques, you will preserve and get more life of your spinning reels.