Here are some before shots of the Shimano Scorpions a customer sent me.

Notice the dirt, grime, and solidified steelhead bait on the frame and sideplates. 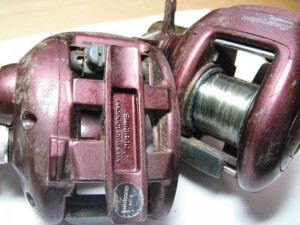 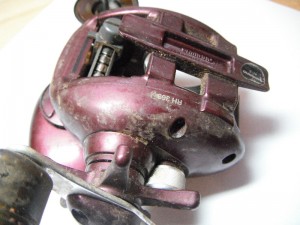 Dirt and grime inside the worm gear and level wind system. 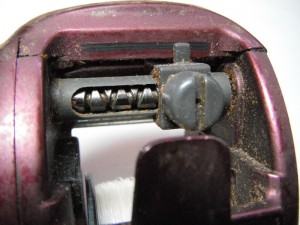 Front view with level wind guard removed.  Dirt and grime gets in and under everything, affecting performance. 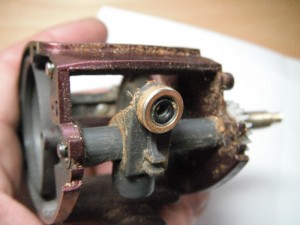 Excessive dirt and grime on the level wind system. 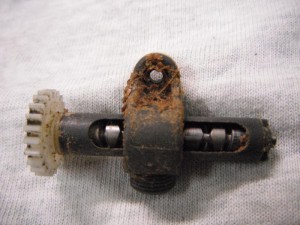 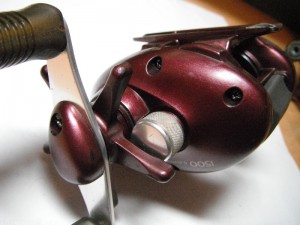 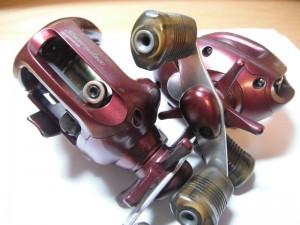 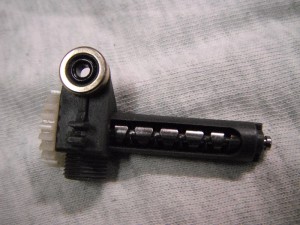 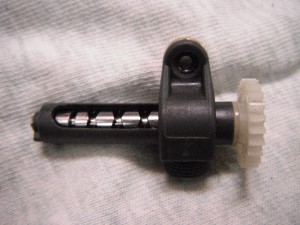 Under view of reel with a nice clean debris free level wind system. 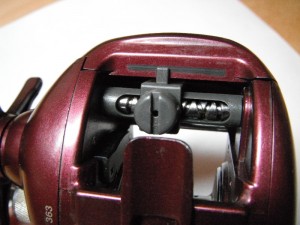 Its amazing what a thorough cleaning and lubrication can do for the performance of your reels.  Send them to me and I will make them like new again!!

Was happy to be able to row my good friend George Freitas into his first winter steelhead of 2011!!  Its been a bit slow so far, there are a few around, but many more are on their way! 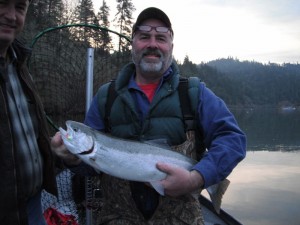 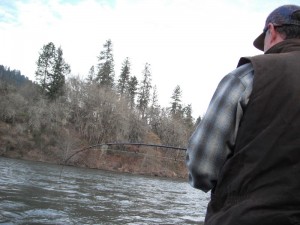 The fishing in the middle Rogue has been slow so far this year.  The fish are on their way however and with rain scheduled for the coming week, it should be on when the river drops back in.

Friday and Saturday were spent on the upper Rogue to see if the fish wanted to play up there.  The fish were much more cooperative, and although not as bright as chrome winter fish in the middle Rogue, they were VERY willing to chomp the Reel Tech Steelhead jigs!!! 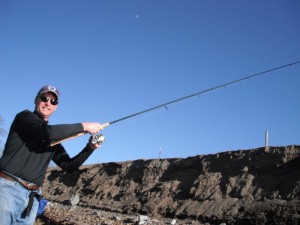 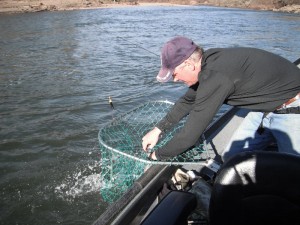 Brett with a nice jig biter!-Released. 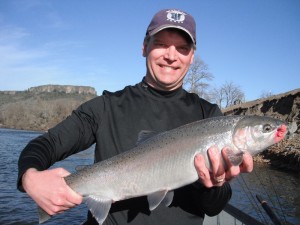 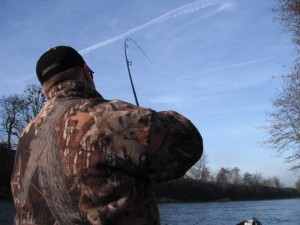 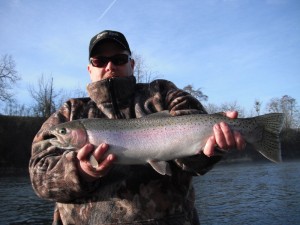 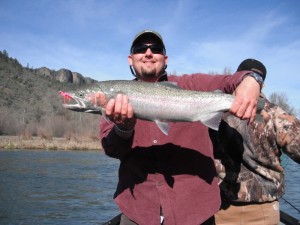 A big buck that ate the jig!-released. 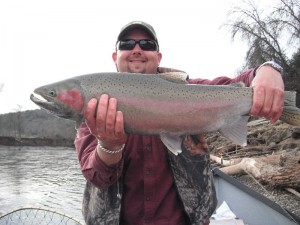 Hatchery Hen that came home with us! 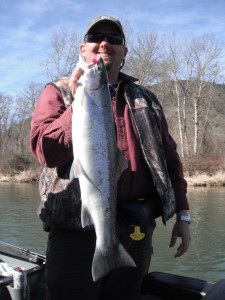 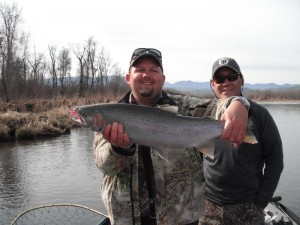 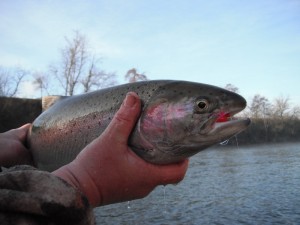 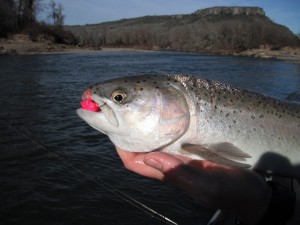 Nice chrome winter steelhead caught on the Main Umpqua with a 1/4 oz Reel Tech Steelhead Jig in pink/orange.  Look at that mouthful of maribou in that hen’s mouth!!!  Just goes to show ya, sometimes bigger jigs get the job done!! 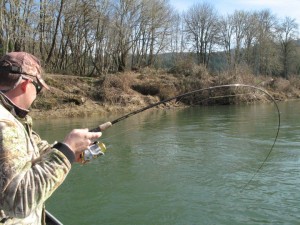 Beautiful winter steelhead with a mouthful of maribou!! 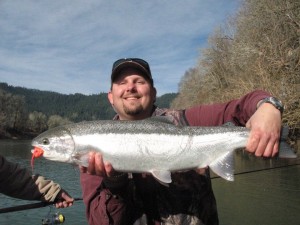 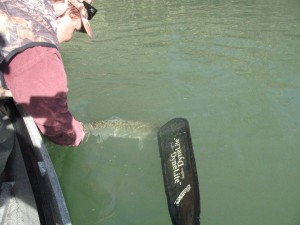 Had a great day on the water with my good friends Jon Geyer and Clay Sandlin.  We landed 5 fish this day.  Winter Steelheading at its finest.  Beautiful weather and willing fish! 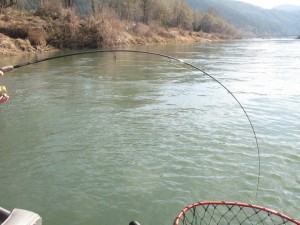 Jon Geyer with a pair of fine Main Umpqua Steelhead! 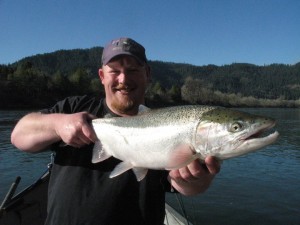 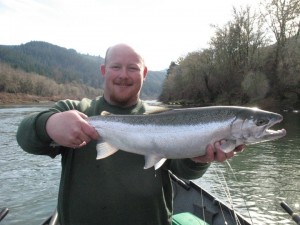 Clay with a pair of Main Umpqua Chromers! 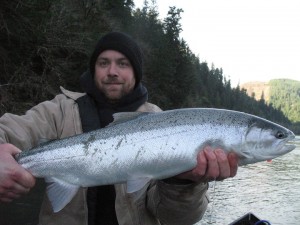